Bodane Hatten is a professional magician from Australia that specialises in stage comedy magic. An aficionado of classical magic routines Bodane is always looking for new ways to bring life to old tricks with a modern presentation for today’s audiences. The first stage show he co-wrote and performed in was ‘Underground Magic’ in Hobart, Tasmania. Following the success of this show he was hired as the resident magician of Dracula’s Cabaret Theatre Restaurant on the Gold Coast, in which he performed an upside down straightjacket escape on stage during the show ‘Transfusion’ in front of 500+ people almost daily.

Bodane then started to produce and perform his own solo magic shows appearing at various festivals and corporate events such as:

•  The Taste of Tasmania

His highly interactive audience participation and witty personality also caught the attention of ‘Australia’s Got Talent’ producers, which led to him to performing on prime time TV. His performance of the notorious ‘Needle Swallowing’ trick was highly praised by all four judges.

Bodane’s stage show is very audience interactive with genuine laugh out loud moments and the feeling of watching a show that is being performed just for you. Robert Jarmen reviewer for ‘The Mercury’ wrote ‘There’s plenty of variety, with sleight of hand, mentalism, card tricks, rope and hoop, cups and balls and some wickedly funny toying with an audience members money.’

Charles Anderson reviewer for the Nelson Fringe has also stated ‘Hatten is a clever, funny and charming performer who quickly has the audience on his side – even if he takes small, but affectionate bites out of them. He is one to watch and Nelson was privileged by his presence. Let’s hope he returns!’ 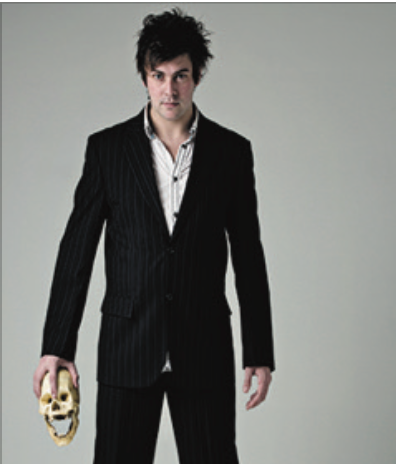